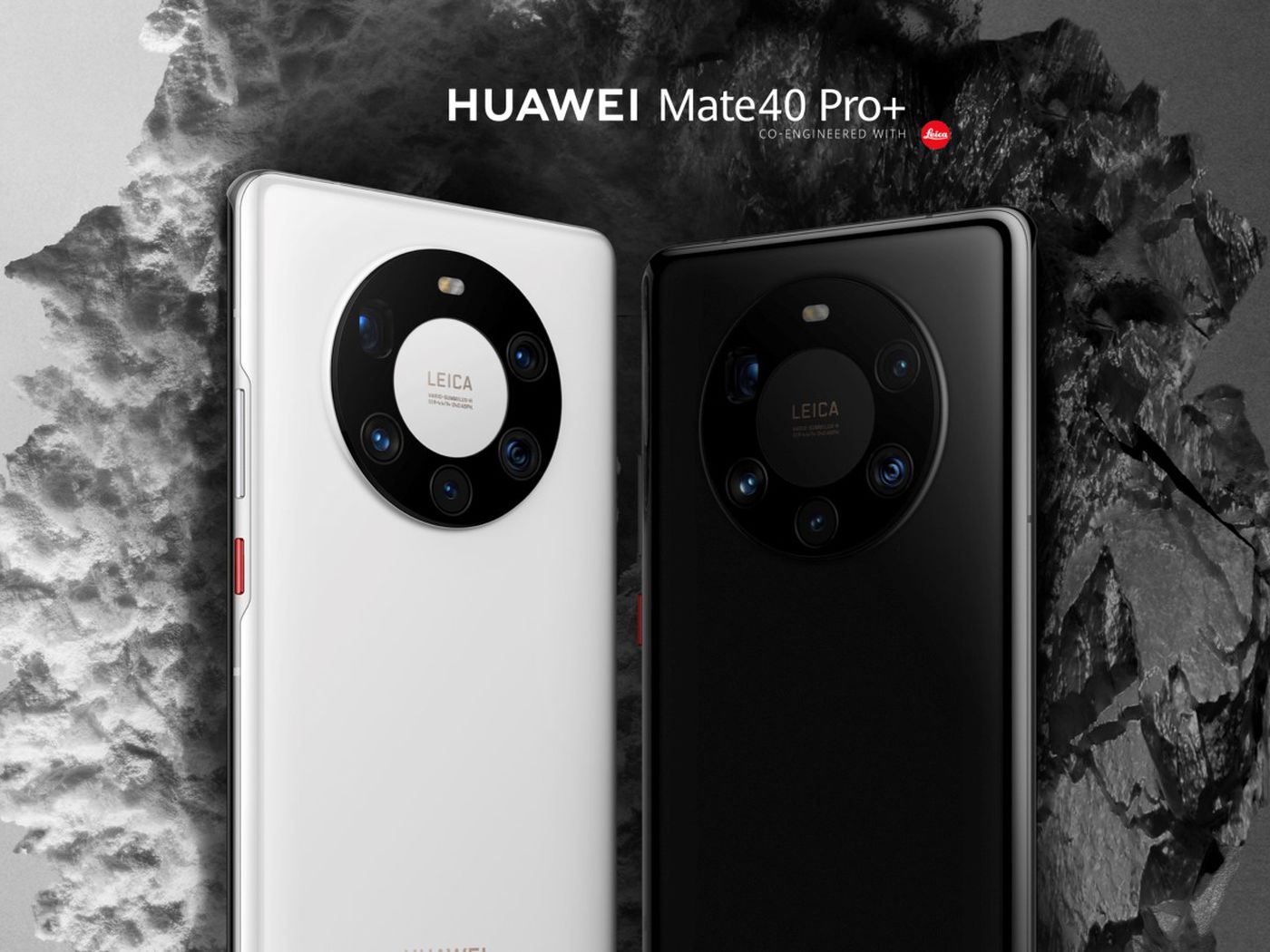 If you’re obsessed with having mediocre hardware in your handset, the latest Mate 40 Pro will give you the best user experience with its powerful silicon and amazing camera specs. A lot of new features introduced with some alternatives and the benefit of multi-screen collaboration with other Huawei devices which will best suit heavy productivity users.

The Huawei Mate 40 Pro is second to none when it comes to connectivity as the phone now has a 5G network capability. In terms of processing, the Mate 40 Pro is a beast and can handle all kinds of games or video and photo editing without any hiccups. Given this is a Huawei smartphone, the camera performance didn’t slash but rather more fantastic. Head on down to our full review and verdict of Huawei Mate 40 Pro along with its current price in the Pakistan market.

The Huawei Mate 40 Pro has an expensive design outlook with its glass screen and rear sandwiching an aluminum frame. The smartphone has big dimensions of 162.9 x 75.5 x 9.1mm and it weighs 212g which is pretty big when compared to Mate 30 Pro but doesn’t feel overly huge. The Huawei Mate 40 Pro sports a curved edge display which makes it fit perfectly in your palm and adds to the impression.

The design approach of the phone is more welcomed and attractive than the Mate 30 despite taking much room for the common single punch-hole camera that’s found on other smartphones. On the left and right edges, you’ll see the Mate 40 Pro’s screen keeping 88-degree curves on the display something that’s mostly found on Samsung smartphones.

Turning the phone over reveals an enticing introduction of Huawei’s new “Space Ring” camera module with the triple camera sensors arranged in the corners. This is a neat homage to the circular array of cameras on the Mate 30 but with a new design. Meanwhile, the rear panel of the Mate 40 Pro feels sleek with an elegant impression, but most times fails to show off fingerprint smudges depending on the color you bought.

The power button and volume rocker are on the right edge of the phone which are very easy to reach and fast to respond. However, the Mate 30 Pro didn’t actually have a physical volume rocker but instead, Huawei debuted a smart tech that allows the volume to be tuned by sliding your fingers up and down the curved screen edge. Meanwhile, given that the accent volume rocker has returned to Mate 40 Pro, we’d guess that motive didn’t catch on which resulted in to return of the volume rocker.

Meanwhile, there’s an absence of a 3.5mm headphone jack here which is no longer surprising news to us as most modern high-end phone brands like Samsung and Apple have long altered it from their smartphones including Oukitel on their latest C21. However, fans of wired audio are still left with the option of converting their existing headphones and connecting them to the USB-C port or look for USB-C wired headphones which are rare to find nowadays.

The Huawei Mate 40 Pro has a 1344 x 2772 pixels resolution which is higher than most smartphones of this range (mostly struct with 1080p) and as a result image reproduction looks sharp and clear. Huawei also reveals that Mate 40 Pro shows up to 16.7 million colors

The Huawei Mate 40 Pro triple camera is one of the best you can find out there. While it’s snaps are comparable to other top-tier devices in the competition, but when it comes to personal preferences, the complete tons of modes and photo options the Mate 40 Pro offers outstrips most of the competition.

The 50-MP f/1.9 main camera is the same we saw on the Huawei P40 series and Mate 40 with Huawei’s RYYB sensor. This is join by a 20-MP f/1.8 ultra-wide sensor and 12-MP f/3.4 periscope telephoto lens. There’s also a laser depth sensor that’ll produce special effects and AR apps when needed.

Pictures taken on Huawei Mate 40 Pro look fantastic and can be compared to iPhone 12 Pro with its scenic vistas, close-up subjects, and portrait shots. The 20-MP ultra-wide lens uses a free-form lens which effectively reduces the unpleasant kind of distortion ultra-wide cameras are usually known for. This process works well and in return makes wide-angle pictures looked fabulous.

The 12-MP periscope telephoto lens supports up to 5× optical zoom, and photos taken looked fantabulous which makes it hard to tell whether they’re zoomed at all. You can also zoom in 50× optically which automatically crops in the photos. Meanwhile, portrait mode is great, and images don’t have over bokeh effects. However, the highlights and shadows are pulled off to make the subject stand out perfectly and more naturally.

Upfront, the Huawei Mate 40 Pro sports dual cameras – a 13-MP f/2.4 ultra-wide camera joined by a time-of-flight (TOF) 3D depth sensor. Selfies look good with great natural color reproduction and the ability to adjust the framing. Also, you can record 4K videos using the front-facing camera which isn’t possible on most smartphones of this range.

Huawei takes a different approach to the internal components of Mate 40 Pro than most of its Android rivals. Instead of going for the normal Snapdragon 865 chip-set and either 8GB or 12GB of RAM. Huawei optioned for its own Kirin 9000 chip-set and only 8GB of RAM.

Unfortunately, due to the absence of the Google Play Store. The lack of apps makes it difficult for us to test how the Mate 40 Pro’s processor works. However, Huawei has an option for its own AppGallery and Petal Search apps which lack most of the needed apps that are available in the Play Store. Also, you can get the apps you want by copying them from your old phones or downloading APK files from other trusted app store alternatives.

You can also open and use up to three apps at once with the Multi-Window feature. There’s also an Eyes-On-Display smart technology that keeps the device awake when it automatically detects you’re looking at it and also reduces notification volume. Meanwhile, you can use Huawei’s Celia digital assistant and Private View which keeps your notifications and messages hidden when the system detects someone who isn’t you picks up your phone.

The Huawei Mate 40 Pro features an open version of Android 10 running underneath it alongside Huawei’s own EMUI 11 interface. Unfortunately, Huawei can’t use Google Play Store on the Mate 40 Pro due to the U.S. government restricting its companies from doing business with most Chinese brands including Huawei.

Unfortunately, one negative side of the EMUI 11 interface is the absence of a dark mode scheduling function unlike basically most other Android smartphones. However, you can switch it manually from the phone’s settings. But the absence of an automatic option seems like a big oversight.

The 4400mAh battery cell on Huawei Mate 40 Pro is a steller. But slightly smaller than the 4500mAh battery in the Mate 30 Pro. However, hardly does this phone fails to last at least 24 hours, and the Mate 40 Pro still remains a long-lasting phone.

The 4400mAh on Mate 40 Pro is average for a flagship smartphone but lasts longer than most rivals. The reason for the long-lasting is some smart software optimization Huawei integrated to keep the battery going longer.

Charging here is equally impressive just like other features. There’s a 66W wired charging which will fully power the phone within an hour. Also, you’ll get a 50W wireless charging which is rarely found in most smartphones. Finally, there’s 5W reverse wireless charging that power up other wirelessly-charging devices with the Mate 40 Pro as the mat.

After it’s official launch on October 22, 2020. The Mate 40 Pro was on sale from November 13. That put the phone among the best and few 5G smartphones you can currently buy in Pakistan.

Meanwhile, the Huawei Mate 40 Pro is a bit more than the launch price of the Mate 30 Pro which is sold for PKR153,000 ($963). The higher price might be due to the effect of the pandemic and of course upgraded specs.